Get fresh music recommendations delivered to your inbox every Friday.
We've updated our Terms of Use. You can review the changes here.

Defenders of the Riff 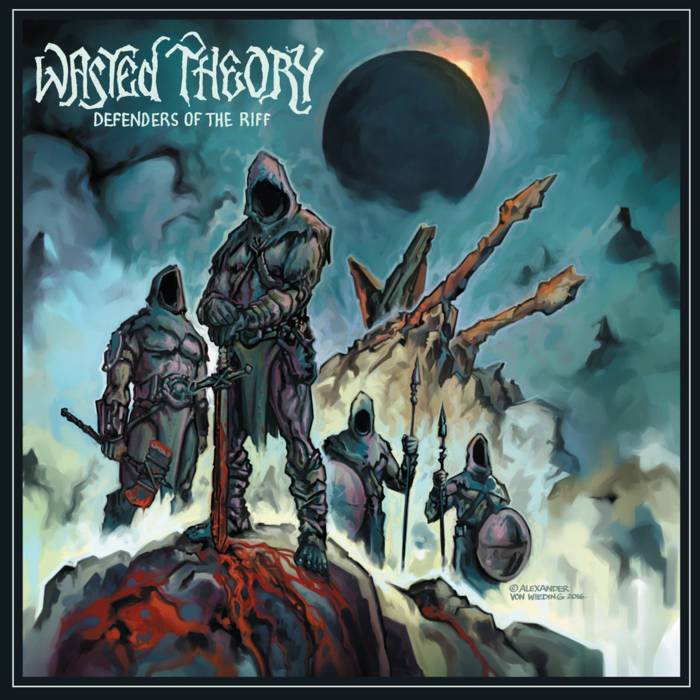 tymeout (Scott McCoy) Heavy and Gritty!!! This is an excellent album as is Death and Taxes. Too bad D&T is sold out. Keep rockin' guys, love every track. Thanks!!!!! Favorite track: Get Loud or Get Fucked.
more...

“Defenders of the Riff” was written by Wasted Theory from October 2015-May 2016 and recorded by Wasted Theory at Ken-Del Studios (Wilmington, DE) and Clay Creek Studio (Bear, DE) from June- August 2016.

"Delaware quartet WASTED THEORY are back and they sound absolutely fantastic...this go around Wasted Theory give us no less than ten tracks of that snarling grit and wicked riffing. Comparisons can be drawn to Orange Goblin and even Jimi Hendrix, though by now Wasted Theory have established quite a recognizable voice of their own in the heavy underground. 'Defenders of the Riff' is a voracious, romping beast of a record..."
-Doomed and Stoned

"Defenders of the Riff is a fully enjoyable, trippy album and it’s all about a high-spirited, free-as-a-bird yet crushing and chunky type of heavy music. This is where southern/stoner metal meets traditional heavy/doom metal."
-Inhale The Heavy

"Defenders Of The Riff“, is a magnificent offering without a doubt. The reaffirming title and the tracks contained on the album are magnificent songs of pure rock fury that are guaranteed to set the Stoner Rock world of journalists, critics, and fans aflame once they are resonating in your skull"
-Metal Nexus

""Defenders of the Riff" is an excellent album that further enhances Wasted Theory's reputation as a growing musical force in the underground rock scene and does so with a wink and a knowing smile. It is the perfect follow up to the bands first album "Death and Taxes" its just a pity we've had to wait two years for it."
-Desert Psychlist

Bandcamp Daily  your guide to the world of Bandcamp

sndtrak stops by with an Album of the Day Feature of his most recent release, FLIPS V1: Triple Lindy